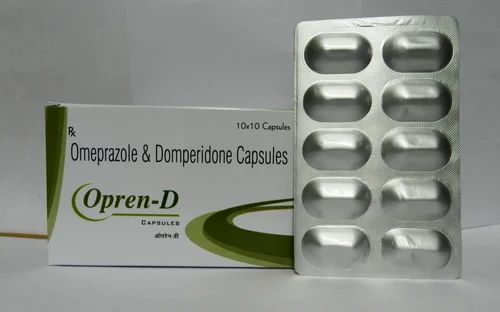 The risk of using medications. If you expect treatment that is completely free from side effects and risks, then forget about all medications and surgery. Alternative medicine can provide nearly risk-free treatments, like homeopathy, hydrotherapy, that is, drinking water or bathing in spas, aromatotherapy or bioenergotherapy. The effectiveness of such a procedure is another matter. The size of the risk, what we are willing to accept, depends on the severity of the disease, with which the body fights. Sometimes the precepts are favorable enough, that the fears of therapy seem completely irrational. Nevertheless, the fears may be so strong and deviating from the real proportions between the threat and the positive effects, that people would rather suffer, than to apply the recommended treatment. The weirdest thing is, that they are the strongest opponents of a person's medication, that have never experienced its operation. This is what prompts me, aby wrócić do tematu niesterydowych leków przeciwzapalnych i pokazać, what threats are we talking about at all.

One of the non-steroidal anti-inflammatory drugs, resulting from research in pharmaceutical companies, there was a painkiller called Opren. It was more effective than aspirin and did not cause internal bleeding as a side effect. However, it caused other side effects: some people treated with Opren were very sensitive to the effects of the sun, and several elderly people died unexpectedly. The media unleashed a hunt on Opren, as a result of which the drug was withdrawn from sale in the UK. Hundreds of thousands of people using Opren have had to replace it with others, a less effective pain reliever.
The reason for the withdrawal of the drug was of course the allegation, that it is not perfect and there are some risks associated with its use. How great was the risk, you can just calculate. On 25 000 thousands of arthritis patients, who have undergone surgery, 400 people will die as a result of the surgery itself or postoperative complications. If this 25 000 sick save Opren, so that they can live with their arthritis, only one of them would die from the drug's side effects. You can say more vividly, that the risk of death from surgery is like 1 do 60, as a result of using Opren as 1 do 25 000. However, if someone decided to take a bet on this basis, which therapy will be withdrawn, he would lose a fortune. Surgical procedures are continued, Opren is gone.