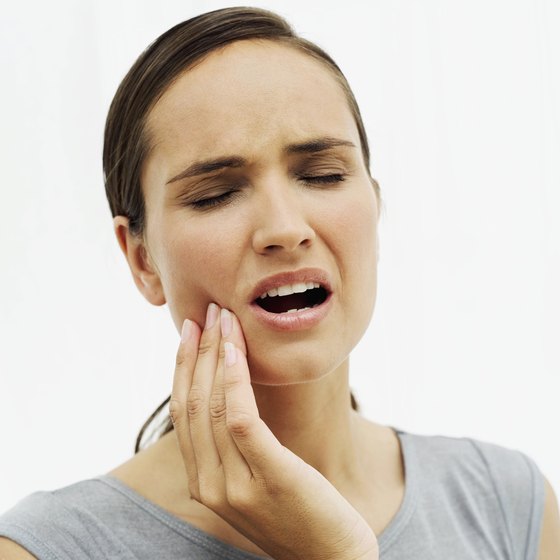 Pain in the gums and teeth during pregnancy

Various ailments are associated with pregnancy. One of them is toothache and gum pain, which, if ignored, could have serious consequences. A visit to the dentist is necessary, who will order the appropriate treatment.

Taking commonly available painkillers in tablet form, is prohibited during pregnancy, especially for the first three months. The exception is Paracetamol, which can be used for a short time, but only after the first trimester. So the nagging pain can only be soothed by a visit to the dentist's combined with natural methods of combating toothache., that is, herbal rinses or cold compresses on the cheek.

Contrary to popular belief, treating teeth during pregnancy is not dangerous for expectant mothers or for their unborn children. It is much more dangerous to ignore pain and delay visiting the dentist. Of course, it would be best to get all your teeth healed before you become pregnant, so as to minimize the subsequent risk of problems with the teeth and gums. However, if this is not possible, can be treated while pregnant, although it is inadvisable to perform treatments, which you can postpone.

In case of a painful procedure, you can ask for local anesthesia without much fear, the dose used is not harmful to the fetus. Instead, X-ray examinations should be avoided, whose ionizing rays can harm your baby. However, when the inflammation of the tooth is serious, X-rays are often necessary. It is then necessary to inform the doctor about the pregnancy, which will adequately protect the belly from radiation. In turn, surgical treatment of teeth during pregnancy should be performed, if possible, postponed until after the first trimester, and it is best to do them only after giving birth.

Except for toothache, expectant mothers just as often struggle with sore gums, which become swollen and prone to bleeding during pregnancy. An alternative to visiting the dentist, there may be home remedies in this case, for example, sage or chamomile rinses. Occasionally, you can also rinse the mouth with oxidizing water having antibacterial properties.

During pregnancy, teeth are particularly prone to cavities, a common source of pain. This condition results from morning sickness that weakens the teeth and a tendency to sweet and sour foods that erode the enamel. In order to maintain healthy dentition, it is not only important to eat a proper diet, but also proper oral hygiene, including the use of pastes and fluids containing highly absorbable fluoride.

Treating teeth during pregnancy has many privileges. First, patients are entitled to free, high-quality seals not available in standard treatment. also, they also have root canal treatment for free, which in the case of other patients is not reimbursed by the National Health Fund.