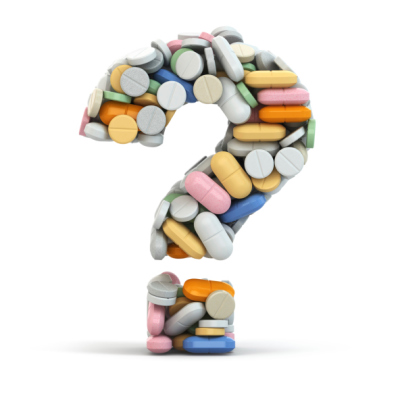 It is possible to imagine a drug presenting no risk whatsoever. It would only affect the infecting microorganism, killing him, or to a defective cell, fixing it. All healthy cells would remain intact, and the excess drug would simply be expelled. Additionally, we could wish for, that such a drug would be safe enough, to be sold over the counter, and accidental overdose by a child would not lead to any consequences. There is one substance that meets these requirements - that is water. It explains, why homeopathic remedies are completely safe – their only active ingredient is water.

Most people choose conventional treatment and have to live with a sense of danger, which is associated with all substances used as drugs. Many commonly available drugs are poisonous, if you overdose on them. Some may be toxic in exceptional cases, even at normal doses. Lots of drugs, as drugs used in cancer chemotherapy, causes unpleasant side effects, and their use is associated with high risk. However, what level of risk are we able to accept?? By risk, of course, I mean the risk of death. We face this threat every day. In fact, we take into account the risk of death in a car accident or from falling off a ladder. Some of us increase this risk, indulging in dangerous pastimes or sports, like mountain climbing, diving or hang gliding.

These classes are much more dangerous than taking the drug, and yet we give ourselves to them on condition, that we have control over them. We are even ready to delegate such control to a person, which we trust – surgeon or pilot. We are less likely to trust tablets prescribed by a doctor and we are suspicious of white-coated chemists, who prepare them. It amazes me and other chemists, because we are able to show numbers, from which it follows, how safe our products are. Unfortunately, such information cannot penetrate the consciousness of many people. The reason is perhaps a fact, that our arguments are purely rational, fears, on the other hand, are emotional.

However, there is hope, that when I can put forward logical arguments, then the emotions will decrease. Suppose, that you should, Reader, undergo minor surgery for a non-life-threatening condition. The operation requires an anesthetic. Years ago, the risk of death after administration of anesthetics was like 60 do 10 000, currently does not exceed 1 do 10 000. Would you undergo surgery? Probably yes, although it is difficult to put this risk in the context of other rare events. What to compare these numbers to? Maybe until birth. The risk of the child dying during childbirth, even in highly developed countries, goes back 120 on 10 000. The risk of a mother dying during childbirth is like 1 do 10 000, the same is the probability of giving birth to triplets. To better visualize these numbers, you should ask a question, how many women we know personally, which gave birth to triplets. Most of us don't know any.

So we have set a point of reference for considering risk. The topic was developed in the book Living with Risk (Living with risk), published by the British Medical Association Board of Science. It describes all aspects of the risk, like smoking, diet, alcohol, professional work, sport, diseases, communication. To put it logically, we should be ready to accept treatment, if the risk of death does not exceed the ratio 1 do 10 000. The said book shows, that we have similar risks in other areas of our lives. For example in Great Britain every year 1 person on 10 000 will die in a car or ski accident, a 10 on 10 000 will die as a result of an accident in his own home. Many people fear death from lightning, though the probability of such an event is like 0,001 on 10 000. All these numbers show, how strong emotions can be. Interesting, how many people fear the "thunder from the blue."” pali? Out of 10 000 smokers 2000 he will die as a result of his addiction.