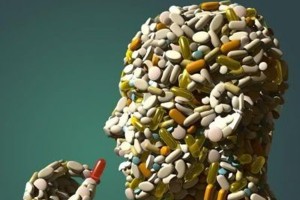 We know, that a single molecule could be enough to attack cellular DNA and cause it to mutate. A mutated cell can multiply in millions and lead the body to die from cancer. it is true, though not entirely. The DNA in each of the billions of cells in our body is damaged by ionizing radiation or chemicals. I mean only natural radioactivity and natural chemicals. Living cells are the result of evolution, which provided them with a wonderful tool – the ability to control and repair or replace damaged DNA fragments. Of course, we can be exposed to radiation or chemicals that cause irreversible changes. Then we will actually be at risk. However, the probability of such a development is extremely small for most people, so that we can practically ignore them.

Oxygen, a substance necessary for life, it is far more dangerous than many other substances, and yet we absorb large amounts of this gas every day. Oxygen, with a little 'help”, it can attack almost anything, including many parts of cells, because it creates dangerous groups, called free radicals. They are extremely reactive molecules with an unpaired electron, capable of reacting with almost anything. However, we do not need to be afraid of oxygen in this form, because our bodies have many antioxidants, which neutralize free radicals. Similarly, we are equipped with an excellent defense system that protects us against poisons and undesirable substances ingested with food.

Plants and animals, which we eat, they were not designed with this in mind, that we can eat them safely. Rather, we have to adjust to reality. Of course there are natural poisons that are so dangerous, that even a small number of them can kill. There are many toxic substances in the food you eat, but they are present in too small amounts, to be life-threatening. Nevertheless, the body must make them harmless, which it does by slight modifications leading to the formation of substances more easily soluble in water (an example of paracetamol). Thanks to this, the kidneys can filter them out and expel them to the outside.

All harmful substances are treated in a similar way. It explains, why don't we get cancer even then, when we take substances, which induced it in laboratory rats. However, they are given large amounts of harmful substances, and we are in contact with the same chemicals in our daily lives, but with a much lower concentration. Then even daily exposure to these substances does not necessarily lead to cancer, because the body's defense system can easily deal with them. It is also likely, that – unlike rats – advanced defense mechanisms are built into human genes. Similar questions may be asked about drug responses. Why does one person recover from one dose of the drug, while another will suffer from side effects or not tolerate the drug at all? The answer lies in our genes and that, how they 'armed us”, to counteract poisoning with chemicals. One method of detoxification is to modify the foreign compound by attaching an acetyl group thereto, making it more soluble in water. The effect of acetyl groups on solubility can be seen in the example of morphine and its acetylated counterpart, diamorphine. The enzyme responsible for natural acetylation is due to one slight difference on one chromosome.

In Asians, acetylation is usually fast. For Americans and Europeans it is slower. Weak acetylation ability can put some people at risk. In the early part of this century, dye workers were exposed to gasoline and orthotoluidine. Both of these substances can cause bladder cancer. People with greater acetylation abilities were less at risk. Found, that with 23 of those who died from this disease in Great Britain, 22 had poor acetylation capacity, so their bodies had a higher level of carcinogenic substances for longer.