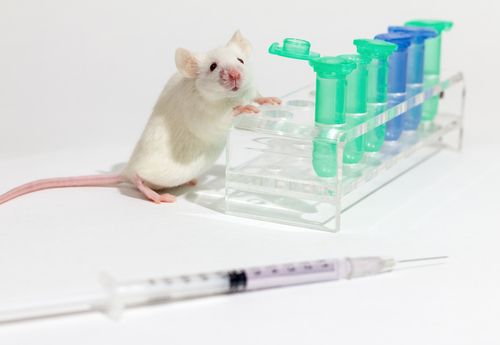 So an interesting question may be, what would be the fate of popular and widely used drugs, if they had come under the FDA's judgment today. The first drug to be scientifically designed was salvarsan, whose properties as a drug effective against syphilis were discovered by v 1909 roku Paul Ehrlich. This disease is the result of an infection with a spirochete (corkscrew-like bacterium Trepomena pallidum) following sexual contact. Ehrlich reasoned, that it should be possible to find a poison capable of killing bacteria circulating in the patient's blood without harming him. He founded, that arsenic compounds can do the job, so he started synthesizing them and testing them on infected rabbits. The preparation marked with the number turned out to be effective 606, the famous salvarsan. Ehrlich was a great success, and mankind got rid of the plague of syphilis. The success of Salvarsan has shown, what chemistry can do.

Today, however, no one would dare to submit salvarsan to the legalization procedure because of the arsenic it contains.. Even if someone did, taking into account the effectiveness of the measure, The FDA would not have given approval on the grounds of the fact, arsenic compounds are carcinogenic, so they fall under the so-called Delaney clause in added in 1958 years of amendment to US Food, Drug and Cosmetic Act. She finds, that a chemical that causes cancer in humans or animals must not be allowed to be used.

Another family of drugs, that would be lost today, there are opiates, because they are addictive. Aspirin would also be in trouble, because it causes internal bleeding. Needless to say, that natural medicines, such as herbs, would never pass the mandatory tests for chemically derived drugs. First of all, they contain thousands of compounds, among which there are certainly also carcinogens.

The greatest breakthrough in modern medicine is related to the discovery of a relatively simple relationship, penicillins. Thalidomide was discovered too early, and this worked to his disadvantage. Penicillin was also discovered too early, however, to the benefit of the drug's future. Penicillin, a substance that kills some bacteria, it is produced by mold. Were it not for World War II, it would never be approved for human use, because it would not pass the basic tests – because penicillin kills guinea pigs. But due to wartime circumstances, it began to be used and, as a result, saved the lives of millions of people.

Perhaps you will be pleased, information, that today, guinea pigs are rarely used as "guinea pigs."”. These unfortunate creatures have a lot in common with humans, given their physiology and their inability to produce vitamin C.. Unfortunately, it is quite easy to kill them. Dioxins kill them, kills penicillin.
This is what the sensitivity of guinea pigs to dioxins caused, that these substances were called the most dangerous chemical compounds known (more on in the chapter 7). Just one millionth of a gram is enough, to kill the pig. Guinea pigs are not the best subjects for testing the toxicity of chemicals. Rats are much better for this, having an additional significant advantage – they have no reflexes. If you can persuade or force a rat, to eat something, what we suspect, that it is very toxic, you can be sure, that the animal will have to digest it.

The first step in testing the safety of a substance is to determine its toxicity by administration to animals. If the substance does not kill them, the next step is to determine the quantity, what an animal can tolerate. The last step is to find the LD50 value, that is, the lethal dose 50% (amount of substance required to be killed 50% test animals). If the substance has no carcinogenic properties and is not very toxic (that is, it has a high LD50 value), then it can move on to studies with larger animals, and then on primates, before clinical trials in humans finally begin.

Because penicillin has been so successful, nobody is demanding, that its use be banned, although it has side effects. Some people are allergic to this antibiotic. There are also known cases of death after its use. But the millions of lives saved more than offset the cost of these deaths. Nevertheless, there are known cases of people, which for fear of ending up in the group of unfortunates paying that price, they never take any chemical drugs. Anyway, it is estimated, that patients are not taking until 25% their prescription.