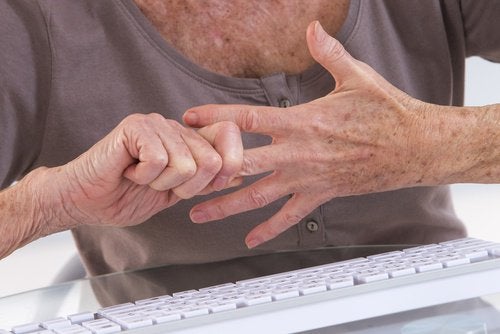 Certain medications, like cortisone being a steroid, relieve inflammation, but they don't relieve the pain. Other, like morphine, relieve pain, without anti-inflammatory effects (we will discuss this type of medication further in the next article). Some drugs combine both properties and are classified as non-steroidal anti-inflammatory drugs. One of them is aspirin, which has become the basic weapon in the fight against arthritis.

We deal with rheumatoid arthritis then, when the immune system attacks its own body, in this case, the tissue between the joints. As a result, body distortions can occur, and the disease itself is debilitating. Most patients can get better by practicing proper exercise and being cared for. Osteoarthritis is less debilitating, as it does not lead to distortions; it is treated as an attribute of old age. It affects the hip and knee joints and is especially severe for overweight people. According to the Arthritis Foundation in Atlanta, in the United States approx 75 people on 10000 are affected by rheumatoid arthritis, and this ailment occurs twice as often in women than in men. Osteoarthritis affects approx 600 people on 10 000, co, how easy to calculate, gives a number 16 millions of Americans. As previously, two-thirds are women.

Osteoarthritis occurs when the cartilage that surrounds the bones in the joints wears down. Cartilage has no blood vessels, with which they could receive the necessary substances. However, since v 70% they consist of water, it is the "transport" function”. When moving in the joint, the cartilage is compressed, and the water pushed out of it carries unnecessary substances. When the pressure in the pond decreases within a fraction of a second, water returns to the cartilage, providing fresh nutrients.

You can see it from here, that the more traffic, our joints will be in better condition. But not only do we move less with age, but the cartilage material also ages, which – similar to a rubber gasket in a metal valve – it starts to weaken and leak over time. When the cartilage is damaged, arachidonic acid is formed, which then leads to the production of inflammatory prostaglandins. This, in turn, discourages movement, so the condition exacerbates and a vicious circle closes.

When cartilage begins to fail, the bone becomes harder, to compensate for the need for direct contact with the other bone in the joint. However, the harder the bone, the easier it is to break under impacts and falls. The fracture sites become covered with even harder bone, and the joint begins to distort. Perhaps one day scientists will invent a chemical “lubricant” for joints or will even be able to stimulate the body to rebuild used cartilage. Until then, we must rely on drugs to reduce the extent of the damage and pain.

There was a period after World War II, when steroids were prescribed as a treatment for arthritis. They allowed to control the course of the disease, however, they could have serious side effects. Therefore, the search for non-steroidal drugs capable of fulfilling the same functions began. Many specifics have been discovered, however, they were not drugs to remove arthritis, because they only acted symptomatically and brought relief to everyday life with the disease. The latest advances in pharmaceutical science have brought us closer to our goal. Doctors now have penicillamine in their arsenal, hydroxychloroquine (also used to treat malaria), sulfasalazynę, and even drugs containing gold. Among them is auranofin (trade name of Ridaura), administered in particularly severe cases of arthritis. This drug is effective in stopping rheumatoid arthritis. It can be administered orally, and not, like most drugs of this type, in injection. It also has fewer side effects.

However, most arthritis sufferers find help with so-called NSAIDs. In the United States, they are sold annually for approx 2 billions of dollars. In the West, this type of product needs approx 50 million elderly people, quite prosperous, to be able to afford treatment. This may explain, why pharmaceutical companies are willing to invest so much in finding a cure for arthritis.

Doctors can now prescribe many NSAIDs. Even if the patient does not tolerate some specificity, there is always an alternative. Doctors usually start with ibuprofen or acetaminophen. If they have adverse effects, you can try the operation around 25 other specifics, until this one is found, which will be tolerated. Looking for alternative means, doctors usually prescribe newer drugs, usually slightly better than their older counterparts (which are also deprived of patent protection and do not bring royalties to companies, in which they were developed). Indeed 25 medications for one ailment seem to be an excessive number, and yet there are others waiting in the line for approval for admission to sale. Non-steroidal anti-inflammatory drugs differ in their acidity and their ability to penetrate different parts of the body. To, which corresponds to one patient, in another, it will ulcerate the intestines, and why is it so, remains a mystery. Two of the NSAIDs are marketed as widely available drugs. Except that, that doctors prescribe them to those suffering from arthritis, are used by millions of people as universal painkillers.